“It’s great for all the people who wouldn’t normally go out and see something, it brings the art to the people.”

Robert Azevedo is originally from Atlantic Canada, but now lives and works in Vancouver BC. He received a BFA in Dance from SFU and works as a freelance dancer and performer. He is currently studying to become an ASL-English Sign Language Interpreter at Douglas College. Where these two interests intersect is in his passion for accessibility in performance. www.robertaze.com 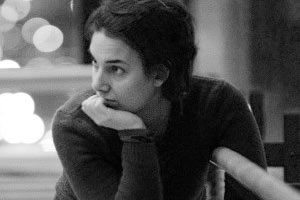 Vancouver-based Italian dance artist, yoga teacher and scholar. I hold an MA in Philosophy and an MA in Comparative Media Arts. I have been been teaching dance and Philosophy for Children (P4C) since 2008. In 2011, I graduated as a Dance Educator (Community Dance Facilitator), from then, I have been working on building communities of movers and thinkers. I am honour to be part of the Board of Vines Art Festival so that I can share my love for Arts and Nature.
Follow me online: www.carolinabergonzoni.org 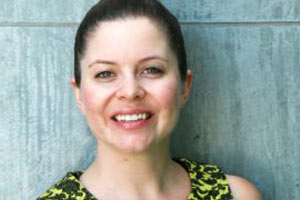 Jana Jordan is a graduate from Langara College with extensive experience in administrative support and event coordination. A passionate volunteer who supports a variety of organizations and causes. Has been a dance enthusiast for most of her life.

Heather is an accountant with a public accounting firm in Vancouver, where she works with not-for-profit organizations and private companies focusing on financial reporting and compliance issues. She holds a B. Sc. in Mathematics from McGill University, a Diploma in Accounting from the University of British Columbia, and is currently working towards obtaining her CPA designation. When not working as an accountant she also teaches and tutors math, physics, and verbal reasoning and critical analysis skills. She believes art is a powerful tool for starting dialogue, and is excited to be part of this initiative using art build community and address environmental issues. When not working she plays piano, and loves cooking and hiking. 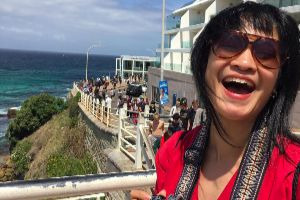 Joyce Rosario is currently Interim Artistic Director at the PuSh International Performing Arts Festival in Vancouver BC, Canada. She has been with the PuSh team since 2013. Previously, Joyce spent 10 years in the Canadian dance milieu as a curator, producer and manager. Her training is in Theatre Production/Design from University of British Columbia’s Theatre program, and she was once nominated for a Jessie Richardson award for Costume Design. Her first foray in performance was as a teenage participant in ‘Turning Point’, a new genre public art project by Suzanne Lacy. Joyce is a first-generation Canadian of Filipina descent. She is privileged to live and work on the traditional, ancestral and unceded territories of the Coast Salish peoples of the Musqueam, Squamish, and Tsleil-Waututh Nations. 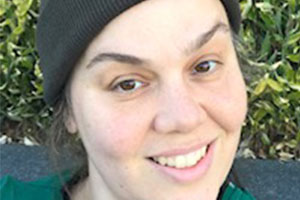 Cheyenne Dawn Seary is an indigenous artist of the Mi’gmaq Nation.Born and raised on the traditional, ancestral and unceded territory of the Musqueam, Squamish and Tsleil-Waututh peoples, she has aspired since her youth to create movement, dance, and to sing with diverse communities. 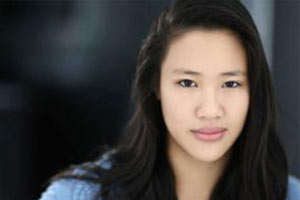 From Culinary Arts to emerging Dance Artist and, now Animal Health. Tiffany Shim started dancing 5 years ago with The Dance Initiative/GSG Productions Inc. studying Contemporary/Ballet, Hip Hop and, the business of how to create and promote your own show. She then continued with learning Street-Styles fundamentals with SOULdiers Company; was a part of Miscellaneous Productions theatre company as Dance Captain as well as one of the lead actors and is forever looking forward to learning much more about the arts industry with Vine Arts Festival. 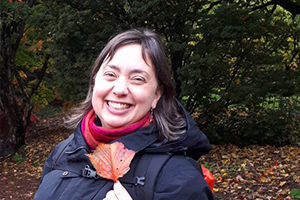 kinesiologist and somatic movement educator
movement ~ water ~ deep care ~ poetry of life
A life-long interest in movement has led me to become a kinesiologist and somatic movement educator. I embrace the perspective that nature is our true nature and that dance, movement, and art are essential ways to experience and express this interconnectedness. I explore what it means to be an embodied being, living in relationship to seasonal rhythms & tides while living & working in an urban setting. As a fourth/fifth generation settler to Turtle Island, I am grateful to live on this unceded land.

I am originally from San Francisco, with stories from the 60s revolution leading to community participation along with forever inner growth. I married into a Lakota family and have worked toward supporting Indigenous ways as a settler-ally while in Arizona and now in Vancouver. I have a BA in Early Childhood Education and offer ongoing care and support to families. I feel the arts are the highest expression of humanity and wish to offer my skills in support.