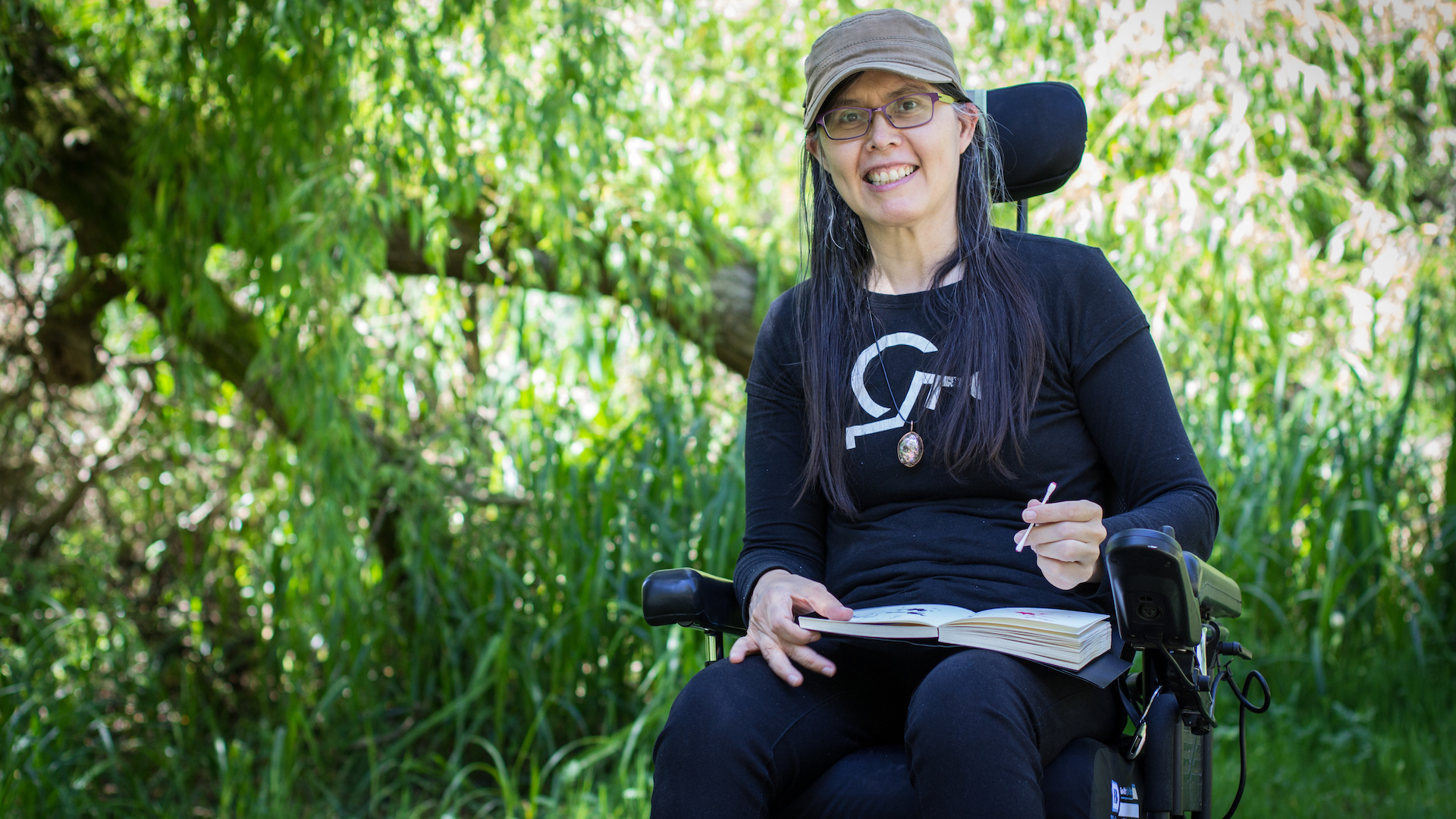 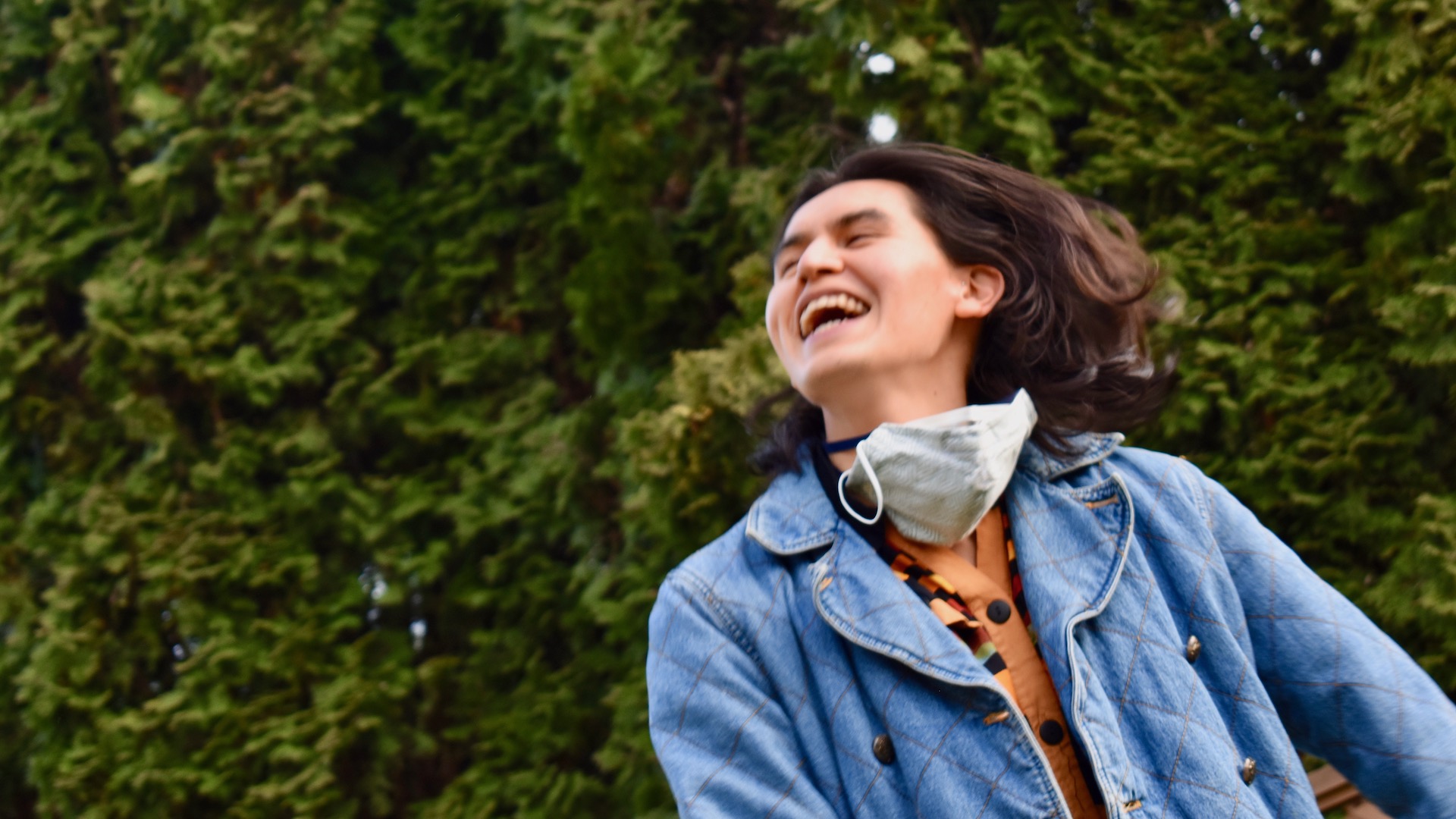 Vines Art Festival makes a triumphant return by showcasing and witnessing the many ways in which art sustained us throughout the COVID19 Pandemic. Celebrating the opening of our seventh annual Festival, our Feast Year promises to nourish us in ways we haven’t experienced in over a year. Join us in breaking this fast with Terreane Derrick, Ta’Kaiya Blaney, Manuel Axel Strain, Kwiigay iiwaans, Kimit Sekhon, Lindsay Delaronde, Janelle Reid and Chantelle Trainor-Matties.

TA’KAIYA BLANEY
Ta’Kaiya Blaney is a 20 year old indigenous youth who works for the protection of lands, waters, and climate. Since the age of 10 they have been vocal within movements combatting extractive industry, climate change, and oil pipelines that threaten the present and future survival of their people. They have used music as a tool to express their deep love and concern for their territories.

MANUEL AXEL STRAIN
Manuel Axel Strain is a non-binary 2-Spirit artist with Musqueam/Simpcw/Inkumupulux ancestry, based in stolen, sacred and ancestral homelands and waters of the Katzie/Kwantlen peoples. Although they have attended Emily Carr University of Art + Design they prioritize Indigenous epistemologies through the embodied knowledge of their mother, father, siblings, cousins, aunties, uncles, nieces, nephews, grandparents, and ancestors. Creating artwork in dialogue, collaboration, and reference with their kin/relatives, their lived experience becomes a source of agency that resonates through their work with performance, space, painting, sculpture, photography, video, sound and installation. Their artworks display a strong autobiographical brace, tackling such subjects as ancestral and community ties, Indigeneity, labour, resource extraction, gender, Indigenous medicine, and land. Their work has been seen in the Capture Photography Festival, the Richmond Art Gallery, Surrey Art Gallery, and other places across Turtle Island. Recent works confront and undermine realities and imaginaries of colonialism to offer a space that exists beyond that matrix of power.

JANELLE REID & MAD RIDDIM
Janelle Reid is a singer, actor, song writer and mover. She has a Bfa double major in music composition and theatre and has a second bachelor’s degree in Elementary Education. She enjoys singing in a variety of genres and collaborating with other vocal artists. She is always excited to take the opportunities given to share her passion of singing as a means to bring people together.
Mad Riddim is a mash-up making, drum and bass led groove machine, mixing classic dub sensibilities with the attitude of funk and the improvisation of jazz. Formed in Vancouver BC by drummer Richard Brown and bassist Matt Reid, Mad Riddim is founded on an intuitive musical connection and a shared vision of pushing the traditional boundaries of a rhythm section.

CHANTELLE TRAINOR-MATTIES – Orcinus Orca
Chantelle Trainor-Matties will be working on and finishing up her large scale painting of an orca in Stanley Park.