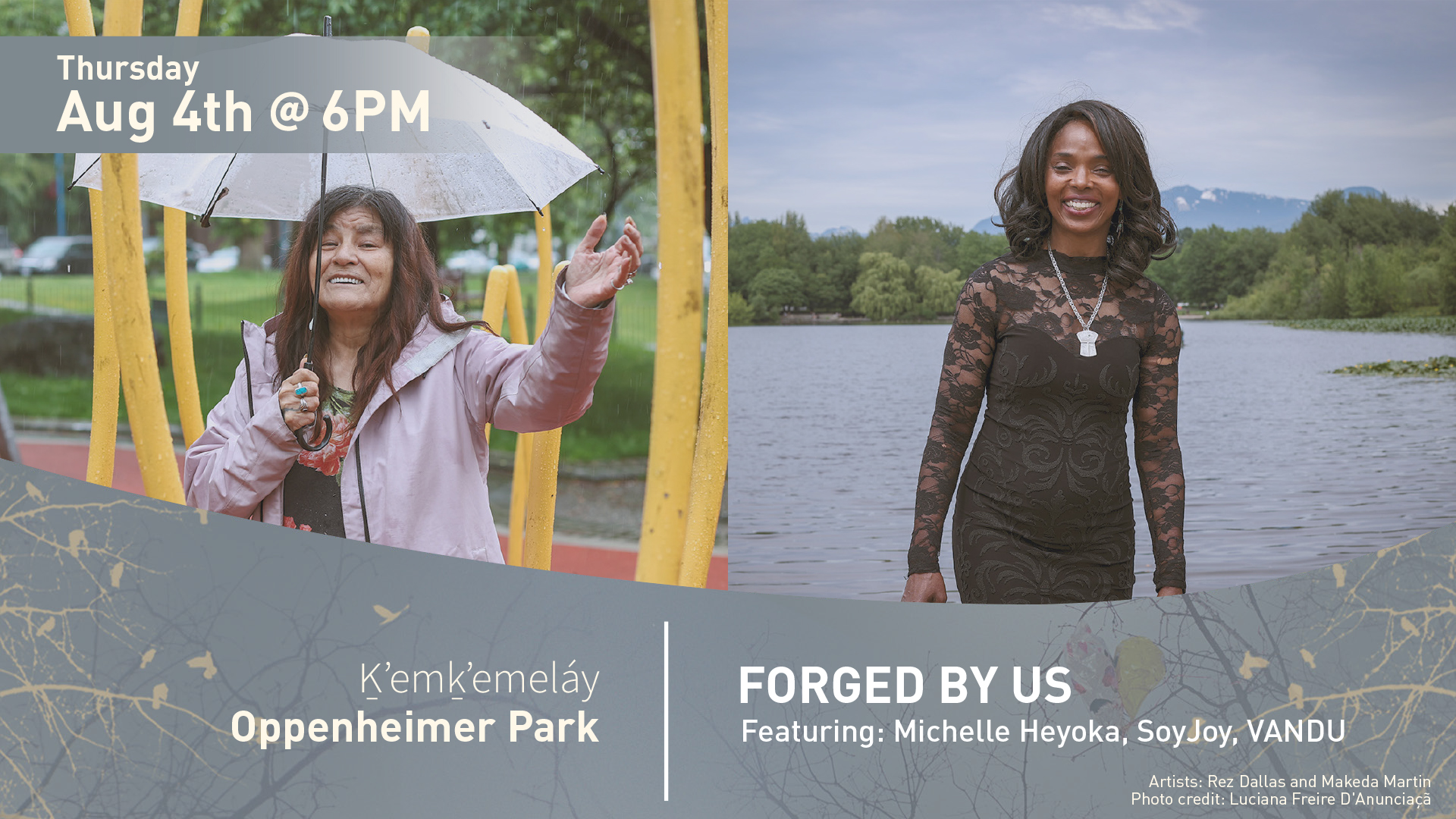 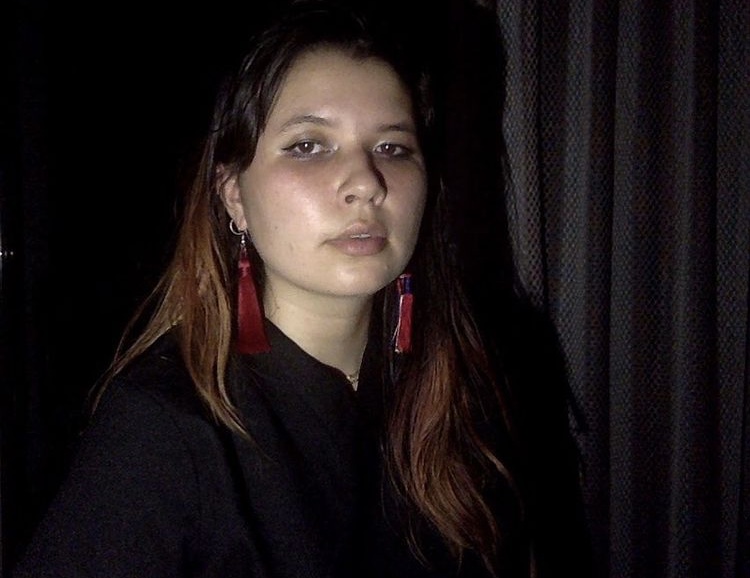 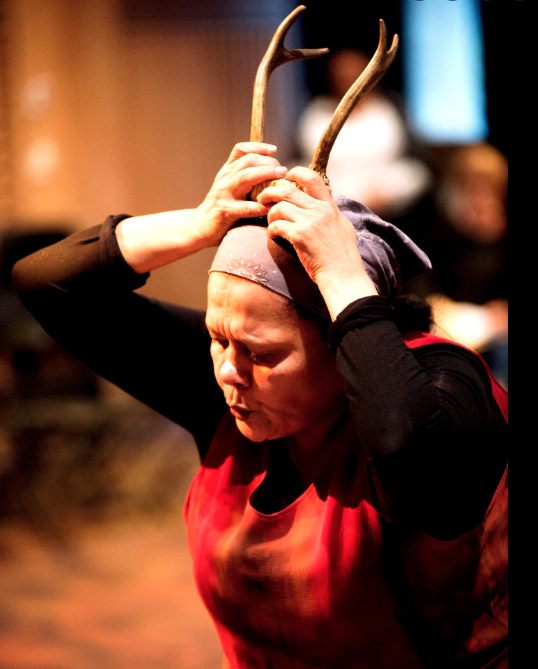 THUR AUG 4TH | FORGED BY US

Led by the artists of the Downtown Eastside, Forged by Us loudly reiterates that the community’s self determination is life saving and affirming. The DTES remains a bright cultural hub that spotlights vibrant colours, language and art, a weaving of lives lived unapologetically.

Tamami Maitland Trio will be playing a selection of Tamami’s original songs including some unreleased new material. Tamami Maitland on vocals/keyboard, Emilio Suarez on Bass and Jonathan Fairbank on drums.

Dallas was born in Vancouver BC. She is Cowichan First Nation. She became interested in the arts early in life. Dallas is now active in her community in the Downtown Eastside Vancouver. Dallas is a proud Mother, Grandmother and Great Grandmother. Dallas first studied performance art at Spirit Song a Native theatre school. Dallas earned a scholarship and attended Native Earth Theater school in Toronto Ontario. Dallas worked with Full cCrcle theatre based in Vancouver. While at Full Circle she discovered the En’owken International School of Creative Writing and Fine Arts in Penticton B.C. Dallas attended two years and obtained a certificate while at the En’owken, Dallas created a portfolio and sent it to Emily Carr. Dallas studied at Emily Carr for four years and received a Bachelor’s degree. Dallas received a British Columbia Arts Council grant and a Canada Council for the Arts grant for her installation Ceremony, a media based installation which showed at the Gallery Gachet in 2011. Dallas is Vancouver based and is excited to be working with Indigenous Women Artists and the Downtown Eastside Center for the Arts.

SoyJoy started off in 2019 as Juniper Lee (they/them)‘s musical and lyrical parallel universe. They are a settler of mixed Korean and European descent, living and creating on the territories of the Musqueam, Squamish and Tsleil-Waututh peoples (“vancouver, bc”). Writing and recording angsty and melancholic songs in their bedroom, the singer-songwriter project has been expanding to have further collaborations with other local QTBIPOC musicians and artists.

This piece was created in appreciation of the life givers near. For they have the ability to create and give life to those around them; to be “Skwell Szdi” – Sunshine to one’s heart. The teachings of my Elders have always emphasized respecting and uplifting women in our communities and especially in leadership. Women have inherent strength, resilience, and wisdom. For these reasons and more our Indigenous communities on the Northwest Coast are matrilineal and appointed traditional leadership to women. So we raise our hands in honour to those who exemplify these traits and bring life and light to our families and communities.

A voice birthed by her multifaceted identity as a biracial woman, young mother & artist Michelle Heyóka (pronounced hey-oh-kah) embodies the quote “pressure creates diamonds”. Having an unconventional upbringing growing up in public housing facing poverty, loss & trauma pushed her to want more for herself & dream big. Finding the natural alignment between music & healing Heyóka used her voice as a vessel to channel her pain into power. Pulling inspiration from artist’s like Amy Winehouse, Etta James, Jessie Reyes & Kiana Lede, Heyóka’s music proves to be a smooth treat for listeners as she combines catchy melodies with her soulful raw voice.  Releasing her first body of work “For You”, a 5 song E.P on January 2021 quickly launched her into the spotlight getting played on radio stations Canada wide. Heyóka’s now focusing all her energy on creating her first album “For The Soul” set to be released 2023.

Makeda Martin comes from a musical family. Sang in her younger years in a Gospel Group called S.O.S singers out of Brantford Ontario. I’m looking forward to sharing some improve, original and covers with those in attendance. Joining me will be Ethan Rivas my middle son and special guests who I’ll introduce on the day. Luke Huska and a few other local artists have been invited. See you soon and blessings to all. We are bringing some jazz, funk, rock and roots.

Seema’s interactive installations involves the participants in the creation of the artwork, offering the possibility of free expression and social connection within the public domain. She  invites people to use dyes to write on fabric in  figurative speech that is specific to their mother tongue.

This act of writing and sharing is a tangible performative human experience that has touch, movement, voice, and facial expressions empowering the writer and reader who translates for a particular collective. In this sharing of the  spoken and written language, one shares its unique graphics, aural perception and oral histories tethered to its culture.

This community endeavour began in 2008 a as part of the Local Car free festival events, its an ongoing project that will be part of the Vine Art festival platform in August of 2022.

VANDU is a group of users and former users who work to improve the lives of people who use drugs through user-based peer support and education. VANDU is committed to increasing the capacity of people who use drugs to live healthy, productive lives. VANDU is also committed to ensuring that drug users have a real voice in their community and in the creation of programs and policies designed to serve them.