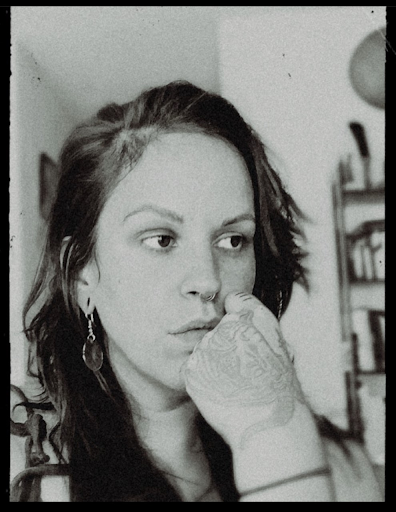 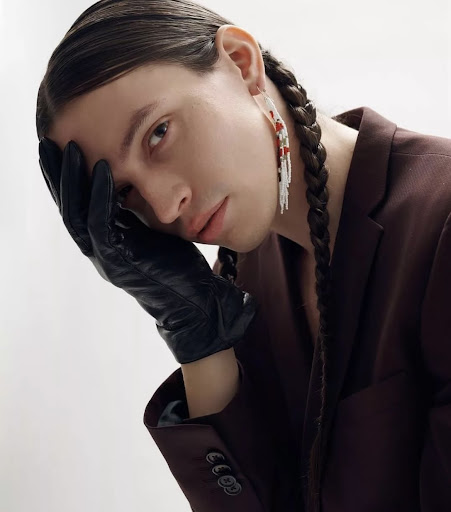 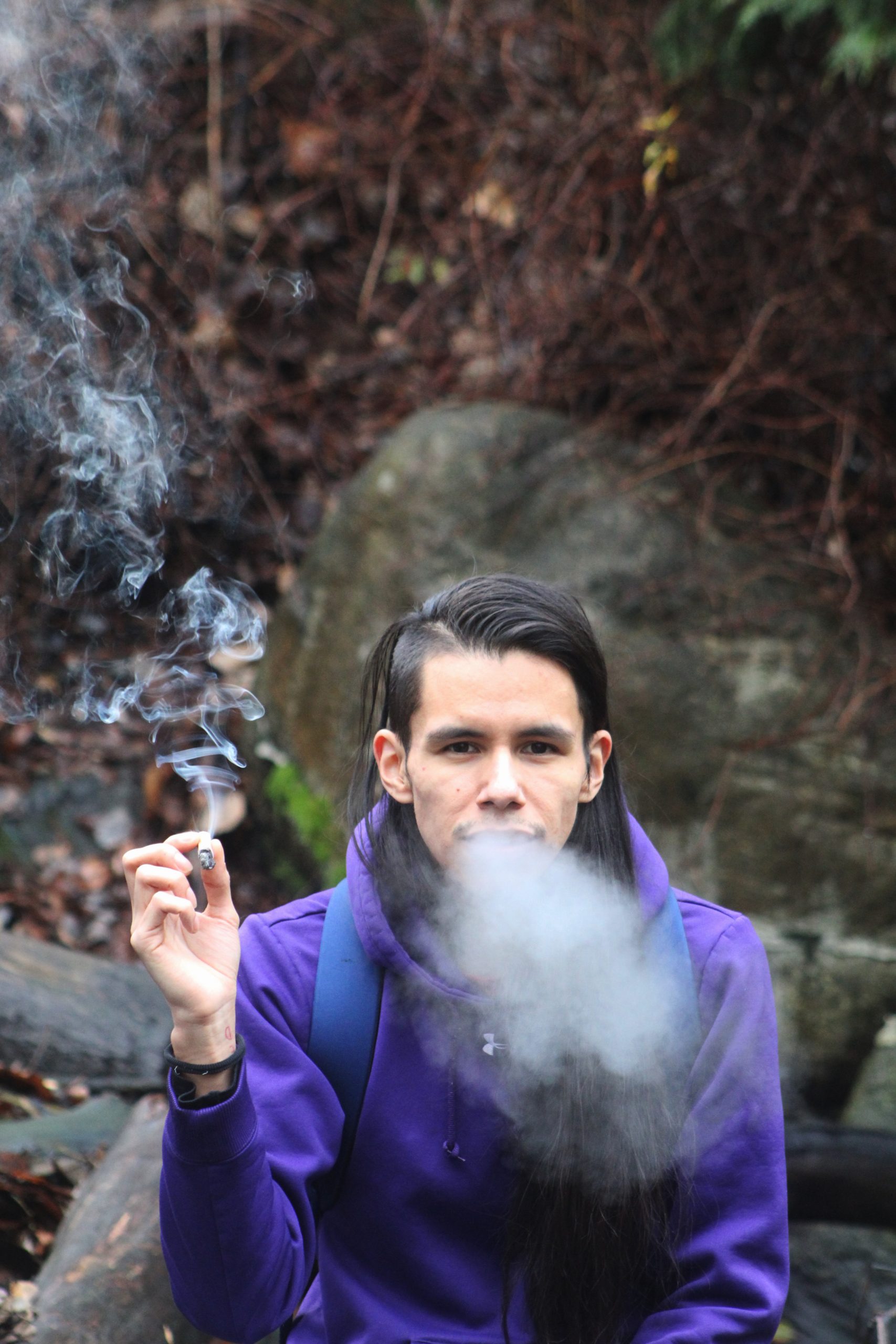 Arlo is a disconnected multidisciplinary sound/performance artist and former organizer who’s main body of work exists in the liminal space between the years 2006-2018.  They were forcibly displaced from treaty 3 territory in 1993, grew up in Stó:lō territory and have spent the majority of their life on xʷməθkʷəy̓əm, Sḵwx̱wú7mesh and Səl̓ílwəta land, searching for any semblance of home/community. Their work is deeply rooted in homesickness, diaspora, love, death and fear. It’s unlikely they will continue to make work once this project comes to an end. Miigwetch Vines.

Step into the lush and heart wrenching sounds of Edzi’u, an innovative sound and performance artist who paints stories of the past, present and future with textures, community voices and words, and her ethereal voice. Being rich in culture, full of passion and spirit, the power behind their use of sound goes deep within the listener, inspiring them to be bold and genuine, while living fully within their hearts. Edzi’u has a style and sound like no other, a quiet icon in the landscape of Indigenous music on Turtle Island.

Keenan Marchand is a Syilx, Secwépemc and Mixed European multimedia artist, gardener and writer currently based in so-called vancouver as an uninvited guest on the traditional, ancestral and stolen lands of the xʷməθkʷəy̓əm (Musqueam), skwxwú7mesh (Squamish) & səĺilwətaʔɬ (Tsleil-Waututh) peoples. Their visual art work tends to explore Syilx Okanagan culture and spirituality, indigenous cultural revival and resistance, imagination, darkness, storytelling, the land, the supernatural and identity. Their music explores folk, indie alternative, spoken word genres. They wish to thank Vines Festival for having them and especially Edzi’u for their help in helping them grow as an artist. Lim limpt slaxts!

Kitty Guerin is a xʷməθkʷəy̓əm (Musqueam) mixed artist/artist-of-sorts. She works with a broad range of material including graphite, coloured pencil and acrylic paint. Her art is used as a form of self expression and reflection and she plans to expand her career as an artist by both inspiring and being inspired.

No. 1 Special is a Wet’suwet’en, 2Spirit musician and songwriter. After working on various music projects over the years and being a part of several performing bands, No. 1 Special has decided to take their music inward, focusing on creating their own personal sound; personifying high energy melancholy, through a vibrant folk/punk sound.

Phoenix is a harm reduction worker, musician, and home cook. They were born on unceded territory of the Musqueam, Squamish, and Tsleil-Waututh First Nations, and spent their formative years on Okanagan and K’omoks territories before returning to so called ‘Vancouver’ over a decade ago. Phoenix has been organising, playing, and attending events at various DIY venues throughout the city since they were 15, and is a former director of the Red Gate Arts Society, and former Co-Organiser at Music Waste Festival. They are of mixed Danish, Irish, Métis, French, and Scottish ancestry.

This piece was created in appreciation of the life givers near. For they have the ability to create and give life to those around them; to be “Skwell Szdi” – Sunshine to one’s heart. The teachings of my Elders have always emphasized respecting and uplifting women in our communities and especially in leadership. Women have inherent strength, resilience, and wisdom. For these reasons and more our Indigenous communities on the Northwest Coast are matrilineal and appointed traditional leadership to women. So we raise our hands in honour to those who exemplify these traits and bring life and light to our families and communities.

TJ Felix is a Secwepemc two-spirit artist, musician and colonial law breaker from the Splatsin region of Secwepemculecw. They are currently couch surfing and missing home on the stolen lands of the Squamish, Musqueam, & Tsleil-Waututh peoples.