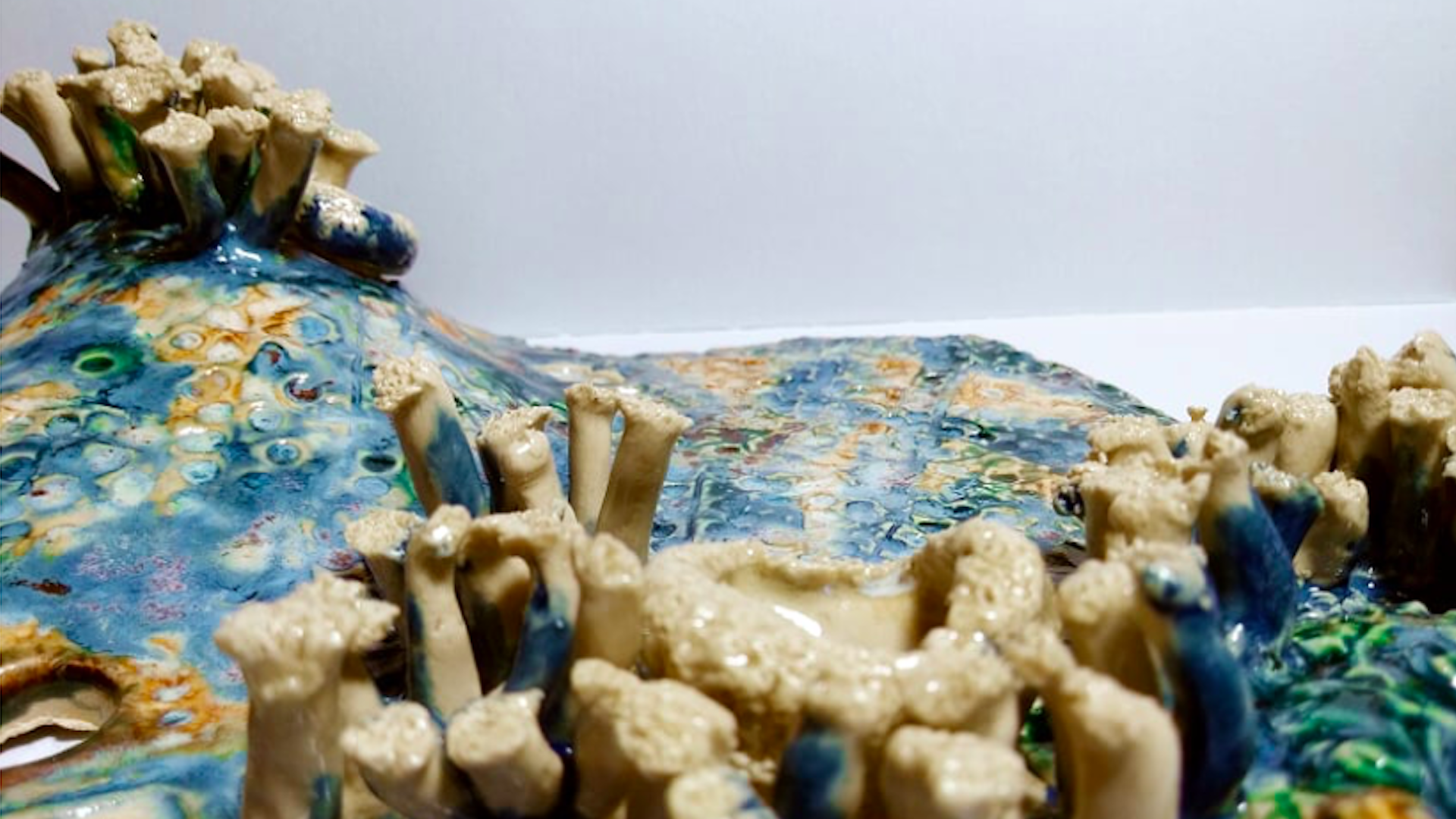 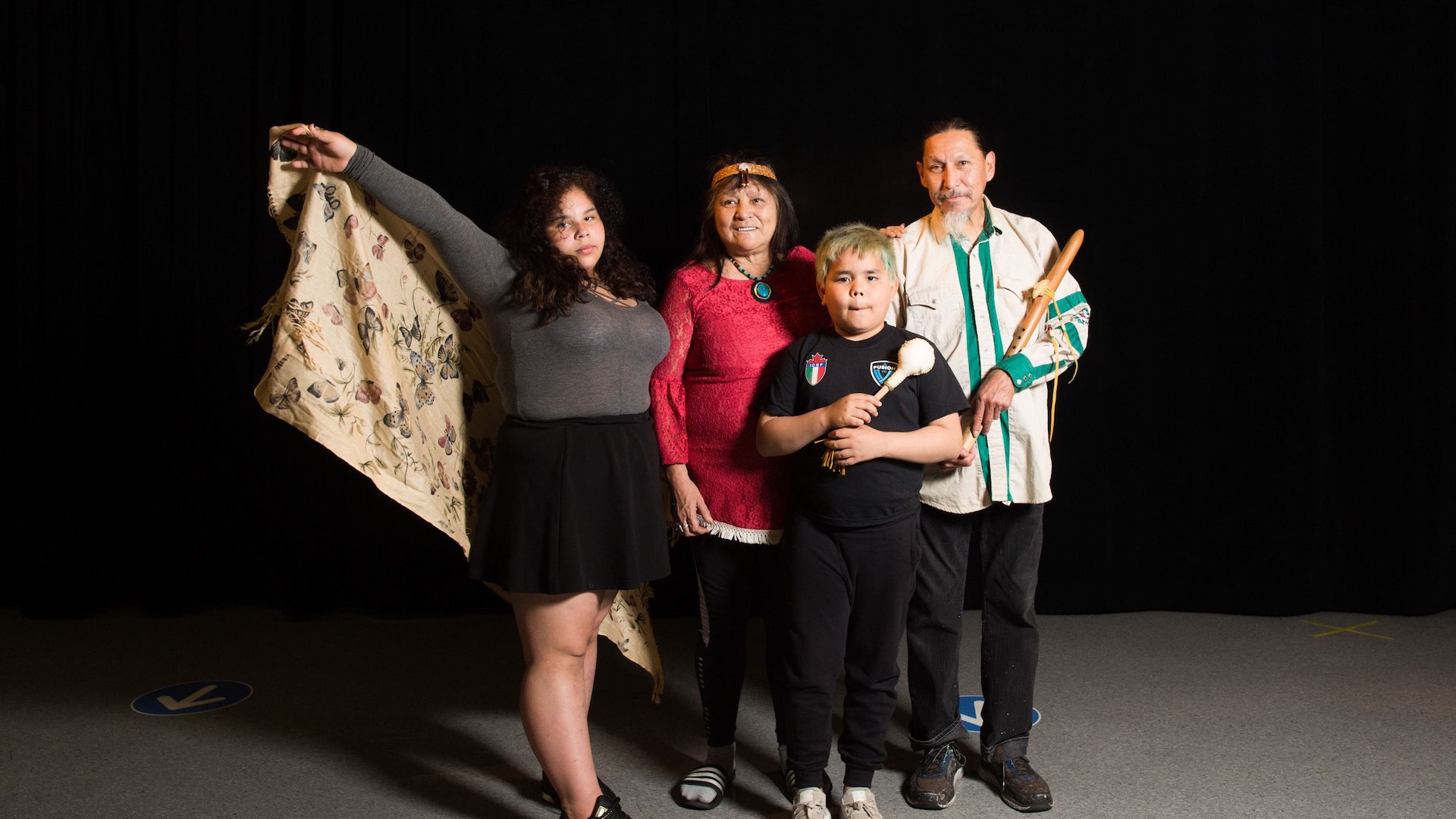 In partnership with DTES Small Grants

Refusing to submit to the colonial agenda that is gentrification, Vines in relationship with members of the Downtown Eastside bring the many different voices that breathe fire into the soul of Vancouver. Dismantling blue fences and remaining authentic to the layers of community that have grown throughout the years.

DALLAS
Dallas was born in Vancouver BC. She is Cowichan First Nation. She became interested in the arts early in life. Dallas is now active in her community in the Downtown Eastside Vancouver. Dallas is a proud Mother, Grandmother and Great Grandmother.

MICHELLE HEYÓKA – Into the forest
Michelle Heyóka is a singer, songwriter & mother of two. Heyoka’s unique sound is a mixture of smooth angelic R&B melodies with a uplifting pop vibe. In 2021 she released her first body of work “For You” a 5 track EP that took listeners on a journey through her love life. Heyóka’s music has been featured on the radio multiple times, been played on Sports Net Hockey Night in Canada, & had the opportunity to preform at The International Jazz Fest in Vancouver. Keep up with Michelle Heyóka by following her on Instagram @MICHELLEHEYOKA & stream her music on all streaming platforms by searching up her name.

GUNARGIE O’SULLIVAN
Gunargie O’Sullivan was a delegate from the community radio CFRO in Vancouver, BC and a member of the Aboriginal Caucus of the NCRA. Among her vast work in the media, she developed the national radio series called Resonating Reconciliation which resulted in 26 half-hour documentaries about Residential School survivors and their families, airing nationally on stations across the country. She developed Red Jam Slam, a series to raise the profile of Aboriginal music in Canada through live performances and broadcasts. O’Sullivan also has worked at an overdose prevention site and acted as an Elder for Guildford Highschool Students, along with her years of work coordinating for the Heart of the City Festival. Spring 2021, O’Sullivan will be doing Late Night with the Savages live on Red Gate TV (also to be played on CITR and COOP Radio).

ERICA GRANT
Erica Grant and her son Duncan Martin began the DTES Response Team at the start of COVID to ensure that DTES residents had access to hot meals and hygiene kits. Erica and her team continue in Duncan’s memory to provide care, respect, and dignity to the community.

Recently Erica was given a letter from Mayor Kennedy Stewart, thanking her for initiating the DTES Response team that has provided over 20,000 meals and hygiene kits to people in need in the DTES.

MAKEDA MARTIN
Makeda Martin comes from a musical family. Sang in her younger years in a Gospel Group called S.O.S singers out of Brantford Ontario. I’m looking forward to sharing some improve, original and covers with those in attendance. Joining me will be Ethan Rivas my middle son and special guests who I’ll introduce on the day. Luke Huska and a few other local artists have been invited. See you soon and blessings to all. We are bringing some jazz, funk, rock and roots.

KELLEN JACKSON
Kellen Reed Jackson is a perpetually emergent queer artist & arts facilitator on stolen, occupied, unceded xʷməθkʷəy̓əm, Skwxwú7mesh, and səl̓ilwətaɁɬ lands. Their work is generated from a deep desire for conscious intimacy with the quantum materiality of spacetime in all its manifestations. Working through film, sound, eco-printing and an emergent movement practice, they are currently researching queer & trans histories, non-binary embodiment, ecological intersubjectivity & spacetime as field and fabric.

OUR HOMES OUR STORIES

In partnership with DTES Small Grants

Zine Campaign and Exhibition by
PulitiQ

Your donation will support the growth of eco-arts in Vancouver.
Donate with paypal button below or by mail.