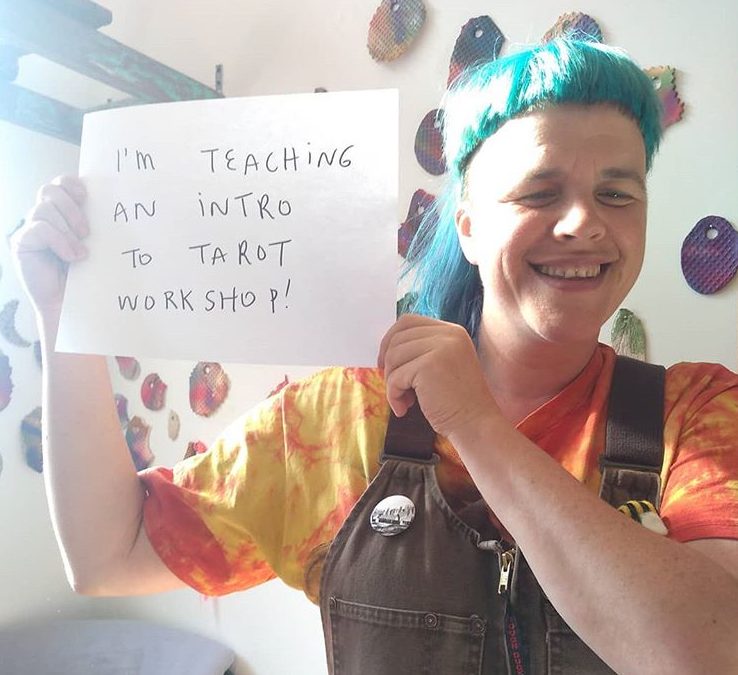 It’s happening! Intro to Tarot workshop, Thursday June 27 @ 6-10pm with Heidi Tarot Times at Pandora Fieldhouse for the event! There’s room for 8 spots – 3 are taken – 5 are left! RSVP me if you are interested! .

We have to agree on a trade, and what we trade (to make sure I want it + it’s good for both of us) beforehand. But it’s totally doable. .

Bring Your Own Deck! And if you don’t have one (although you probably do), you can borrow one of mine. Plz tell me you need to borrow one of my decks when you RSVP so that I know to bring it for you!

I’m interested in tarot as a journey into yourself, used for self discovery and hard issues, not entertainment, working through a decolonial lens, decolonizing the tarot, and going through that in detail as we explore. .

If you’re interested in continuing, I’ll be offering a more in depth, and longer term exploration into tarot, probably closer to the fall.